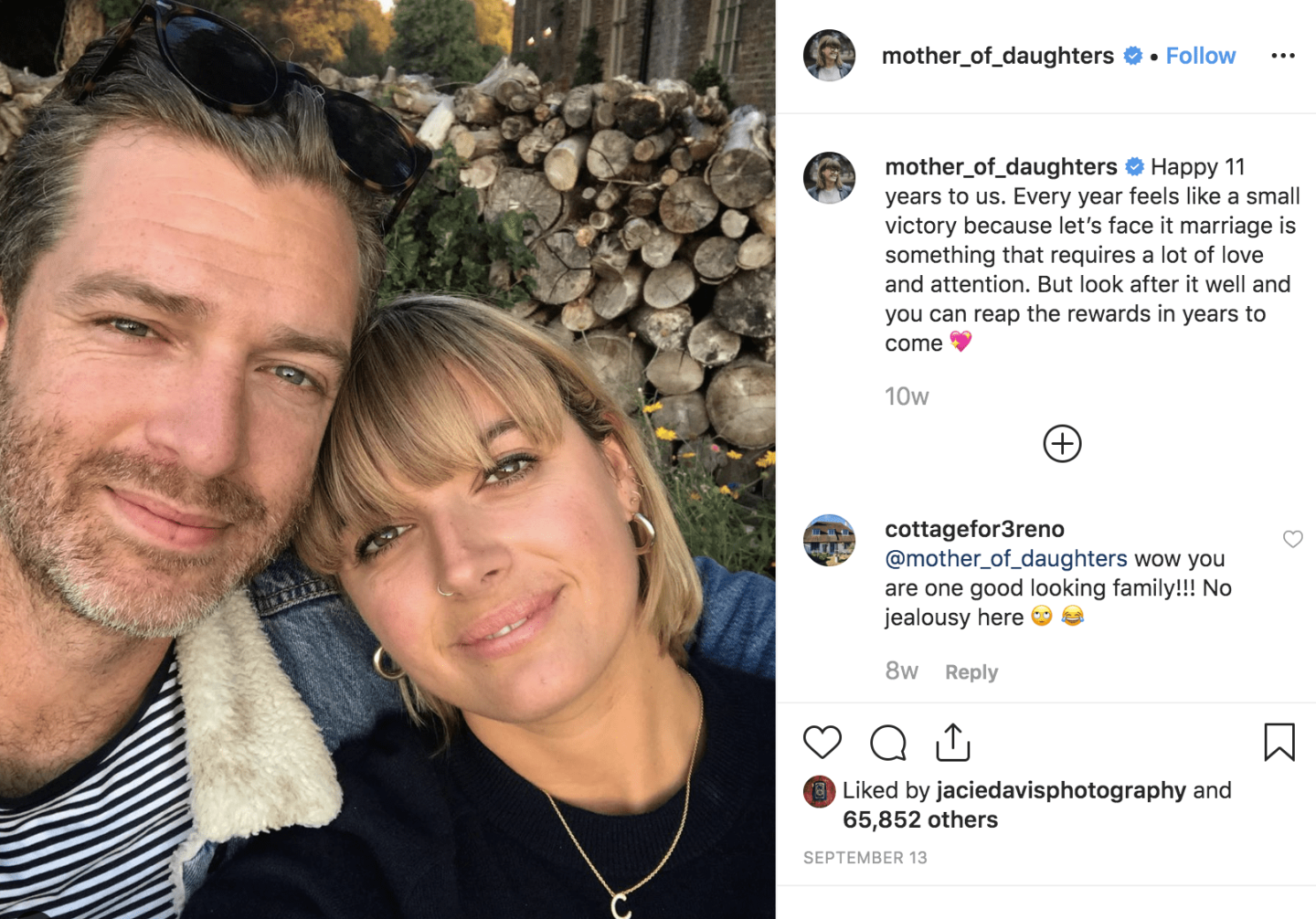 * In response to this piece, several commenters have pointed out that it’s important to not let hate speech pass without comment. To be absolutely clear, BritMums abhors racism, sexism and other forms of hate speech online and believes we must speak out against those when we find them.

Earlier this month, the story of Clemmie Hooper, the popular Mother of Daughters blogger and influencer who was found to be trolling other influencers, was splashed across the news. Stories in the broadsheets, on websites, even in America, talked about this strange situation of an influencer who sought to silence criticism against her by…assuming an identity online and making comments that would undermine her critics and others. The tone of the coverage has ranged from disapproving to damning.

Let’s put aside the fact that this strategy of assuming a false identity and spreading negative comments pretty much sounds like a page from the playbook of fear-mongering political parties and governments everywhere – that is to say, a strategy that when executed well pretty much works every time.

The question for many: Why?

For many influencers, Hooper’s actions are a real head-scratcher. She had been anointed as one of the most successful influencers in the UK. Her husband Simon alongside her has become an Instagram influencer (with more than 1 million followers). She does paid campaigns with prestigious brands, has developed a jewelry line, travels the world with her family, posting gorgeous pictures of their life and more. Sure, people might be sniping at her heels. But many might have thought, ‘So what? Ignore the haters and retire to your counting house.’

For my cofounder Susanna and me, this internet storm looked suspiciously like the kind we saw when we first established BritMums more than ten years ago, back before Instagram Influencers existed and our members were quaintly called ‘mummy bloggers’ (because there were virtually no ‘daddy bloggers’).

Back then, it was commonplace for feuds to erupt between bloggers or blogging groups, with lots of name calling, veiled (and not so veiled) sniping and a lot of lobbying to get others in the community on your side. One aspect of this, in addition to the focus on petty grievances, was the impact that well-meaning observers had.

‘That’s horrible!’ they would pipe up in a Twitter discussion or in an online forum after hearing one side of the story, often told with a very selective set of facts. ‘No one should have to endure what you’ve endured! It’s unfair!’ They would then bring in their online friends, who would duly weigh in with outrage and opprobrium, just as the other side would. And so the small feuds would tumble downhill like giant snowballs, gathering mass and energy, everyone screaming at the other side, often about arguments they knew little about.

Because at the time BritMums was the only parent blogging network in the UK, we often knew the players…and knew that the real story was a lot more nuanced and complicated than portrayed. If these outraged observers knew all the facts, they wouldn’t have jumped into the fray and in some cases, they would have been angry at being manipulated or ashamed of the part they played.

A lot more complicated than it seems

With the Mother of Daughters story, there has been plenty of commentary to go around. No one endorses the practice of trolling. [Note: At the initial publication of this post, we were not aware of racist comments published by Mother of Daughters. We unconditionally condemn this behaviour.] A decade in the influencer and creator business has also shown us at BritMums that even without knowing more fully the facts, the situation is likely a lot more complicated than it seems and not just on a personal level.

The online climate for everyone is fraught – cacophonous, confusing, frantic. Trolling, nastiness, racism and name-calling are more prevalent and vicious now, for women in particular. More than a quarter of British women experience online abuse and threats of assault, according to research by Amnesty International.

If you put out anything controversial these days you are almost certain to elicit comments not just about your ideas but about your lifestyle, your parenting, your looks, your race, your sexuality, your morals and your ethics. It might start with your opinion being called stupid and useless and end with a rape or death threat. (The campaigner Caroline Criado-Perez received death threats from advocating a woman should be on a pound note, surely one of the less controversial causes out there!)

Ten years ago, we watched the arguments settle down as the community of parent influencers became larger and more professionalised, and the accepted behaviours and blogging rules became more widely used. We launched an Ethical Blogging campaign in 2009, educating and advocating around tenets of transparent commercial practices and quality standards. Newcomers were more interested in creating their own brand with great content than tearing down others.

Now, the crowded world of creators and influencers has become hyper-competitive, stoked with success stories of super-influencers earning millions. At the same time, tearing down others for their ideas, identity and way of life has become not just the preserve of social misfits sitting in their basements but world leaders striding the halls of power. Nastiness has become normalized. The algorithms and inactions of social media platforms promote it all. Government and the law are slow-moving and not nimble enough to adequately respond.

Our role in online ‘scandals’

I don’t know Clemmie Hooper – although I have friends who do – and her reported counter-troll trolling strategy sounds bizarre, hurtful and extremely ill-conceived to me on a personal level. I know there is lot more to this story than I’ve read in 700-word news articles and heard in snippets from other people. There is at the heart of this story a 30something woman and a family with young children. It’s one thing to call out her remarks. It’s another thing to start name-calling.

It can feel good to display our shock and displeasure at what other people are doing and saying online. The internet allows us to weigh in any time we want. And course we should be confident about standing up and condemning behaviour that adversely affects our world and our lives.

And yet, before we all pile in to express our opinion or shout our outrage, we would do well to step back and consider how opinions and comments can sometimes simply add to the noise. There are a lot of things working against us creating the kind of online world we want.

We should strive to make our voices stand out by their intellectual rigorousness, thoughtfulness and humanity, rather than simply becoming one of the crowd, baying for blood.

Have you been following the story? How do you think we should deal with online criticism and worse?

Jennifer Howze is the Creative Director and co-founder of BritMums. She blogs about family travel at Jenography.net, tweets at @JHowze and Instagrams at @JHowze. Previously, she wrote the Alpha Mummy blog at The Times and as a journalist has contributed to The Times, The Guardian, The Independent, The Wall Street Journal, Travel & Leisure, Budget Travel, CNN.com, Allure, SELF and Premiere, among others. She won The Maggie Award from the Planned Parenthood Federation of America for a health article in Seventeen magazine.