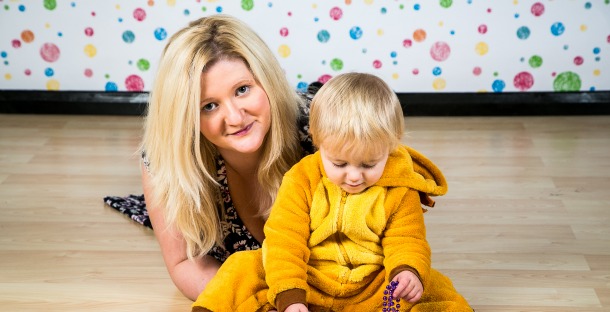 Personally, I can’t wait. This will be my daughter’s third Christmas – but the first where she’ll really care and understand what’s going on. The last two years, I was really excited but she was teething and completely disinterested in presents! This year, we’re loving the lights and music already!

So what has been going on in the world of single parent bloggers this month?

First off, Claire at Single Parent Pessimist has started a new, fortnightly linky for single parent bloggers. I love this idea – and I love that the linky runs for a fortnight. I’m terrible for thinking, “yep, I’ll link up to that right after I do this…. ooh, shiny things!” There’s also a new Facebook group for single parent bloggers, which is nice. When I first started blogging, I felt like I was the only single parent – there are so many blogs out there, it’s hard to find someone in the same position. I love the idea of things like this round-up, Facebook groups and linkys where I can meet other single parents and talk about the things that affect single parents.

We’ve a new blogger to welcome to the round-up this month. Isobel blogs at Travels With My Son, about her life with her adopted son. This post really touched me; the idea of having a contingency in case of your death is terrifying for anyone, but when you’ve adopted a child who’s already had so much upheaval in his life, it must be such a scary conversation to have.

Another post I loved reading was this from Becky at Lakes Single Mum. Becky runs a linky called “Reasons to be Cheerful” which I think is a great initiative in the first place. What I loved about this post though, was her third reason – just enjoying being a mum. So often we get so busy chasing after something to cheer ourselves up, a book, a cake, a TV show, whatever – that we forget that actually, sometimes we can just sit and enjoy what we already have. count our blessings, if you will.

This post from Mummy-Mai to mark World Prematurity Month and Day really struck a chord with me. Having had a premature baby myself, I can relate to the feeling of not wanting to go to sleep because there was no monitor there to tell you the baby was breathing ok! While it’s a relief to be allowed to finally bring your baby home, there is never much mentioned of the aftermath, and how traumatising an experience like that can be.

And finally, a fantastically simple, yet infinitely cheering post from Anya at Older Single Mum about a conversation she had with her five-year-old. My daughter is just starting to have detailed conversations with me, and they’re such fun. I get such a kick out of conversations with small children, who have yet to be jaded by the ways of the world and just innocently say whatever they think or feel.

That’s it for this month; next month’s round-up will be in December – so I’m not sure when it will be published. If you’ve a post you would like me to include, do please get in touch.

Have a great month!

Vicky is a 35 year old single mother with a cheeky 4 year old. She lives in Wiltshire and works as a freelance writer and trainer in blogging and social media. She has been a single mother since her daughter was 2 weeks old, and started blogging to try and give voice to her feelings of “lost-at-sea-ness” that all mothers get, but that single mothers often don’t have any company in. In her spare time, she usually develops addictions to dvd box sets and sometimes cleans the living room… but not often.

My Best Post of The Week >> Add yours!
Next Post: Come eat cake in aid of Bake-A-Wish

»
Share this ArticleLike this article? Email it to a friend!
Email sent!