The McDonald’s Happy Meals just got a bit happier this year, with the introduction of the Vegetarian Happy Meal. It features the new Veggie Wrap, available in the Happy Meal now. It debuted on menus across the country along with a Spicy Veggie Wrap option for adults. Both were introduced to provide more choice and a tasty alternative for families who want a meat-free option.

BritMums worked with McDonald’s to enlist a group of parents and their children to head to their local McDonald’s and put the new wraps to the test – the taste-test. Here’s what they said. (This project was sponsored by McDonald’s.)

Mum Roisin of Disneyfind is probably like a lot of parents out there: ‘I am not Vegan, Vegetarian or Pescatarian BUT I want to try and eat less meat’ – both because it provides the family more meal options and because so much vegetarian and vegan meals are downright delicious.

What’s inside the  new vegetarian wraps

The Veggie Wrap from the Vegetarian Happy Meal is made with a red pepper and pesto goujon – also containing split yellow lentils, rice, and a nut and dairy-free red pesto – along wtih shredded lettuce and tomato ketchup in a small toasted tortilla wrap.

What kids think of the veggie wrap

Here’s what our tiny tasters had to say after they tried the new Veggie Wrap:

In 7-year-old Harry’s words, ‘It was the most delicious thing ever!’ says the mum at Messy Little Monster.

James of Disneyfind had a cute take on choosing the veggie wrap. Mum Roisin says: ‘James was very excited about tasting the wrap. He is a massive Dinosaur lover so he describes his food choices in Herbivore, Carnivore or Omnivore terms. On this occasion he was pretending to be an Herbivore.’ A burger lover at heart, he still gave the wrap 8/10.

At Living Life Our Way, mother Katie liked the adult Spicy Wrap and little Squiggle said hers was yummy and gave it the big thumbs up!

Three kids tried the wrap at Big Family Organised Chaos, and all agreed it was tasty. They will be ordering it again.

We think the catchiest review came from daughter Neve at Learning and Exploring Through Play. ‘When I asked her for her thoughts on the new wrap she said “It’s explended” (a mix of the words excellent and splendid.),’ Mum explains. ‘She enjoyed the whole wrap and has said that she can’t wait till we have another one so she can eat it again!’

What parents think of the wraps

Parents responded first to the move McDonald’s made by adding the veggie wraps to the menu. They loved the opportunity to eat less meat and eat there as vegetarians or be a bit more flexitarian (or as Jenny from Midwife and Life puts it, ‘a failed vegetarian’.

Rebecca from All About U also liked that children were involved in the development of the wrap. “You know McDonald’s aren’t going to put something to market that children won’t want to eat.”

‘It just shows that restaurants are listening to the people more and offering more options,’ says Midwife and Life.

Getting kids to try it

For those who aren’t veggie – Sneaky but effective: Olly is a creature of habit and often doesn’t try new things but tortilla wraps and tomato ketchup are two of his favourite things. As soon as he tried it, he loved it. It was a hit! says Mrs Shilts.

‘The veggie element was crispy and had substance to it,’ says Midwife and Life. ‘William said it was filling, warm and tasted better than he expected!’

‘I also love seeing the range of things that children can choose in Happy Meal, from carrot sticks to a fruit bag, and the option of milk or water to drink — positive all round,’ says All About U.

‘Struggling vegetarians, you do not have to miss out anymore at McDonald’s!’ says Precious Little Worlds.

That’s because, ‘all the ingredients in the new Veggie Happy Meal Wrap and the Spicy Veggie Wrap are dairy free and vegan,’ this mum points out. ‘However, the tortilla wraps pass through the same toaster as our buns, which do contain milk,’ she says, in a helpful distinction.

At Ickle Pickles Life (written in the voice of son Pickle), both mum and child are ‘virtually vegetarian’. They are also big fans of McDonald’s so were excited to hear about the new menu items. Pickle commented on how much value a Happy Meal provides families, although we’re guessing that mum might have input to this part!

‘Happy Meals are such good value for money with a main (now including the new Veggie Wrap), a side – instead of fries I can have carrot sticks or pineapple, and a range of drinks including bottled water and milk. I also get a themed toy – all for around £3! Absolute bargain and if I add a fruit bag for only 49p, I have had a good hit of fruit too.’

And what did Pickle think of the veggie wrap? ‘If you have watched my Instagram stories and highlights you will see that I LOVED the Veggie Wrap. My big sister actually had one too and she thought it was very tasty.’ 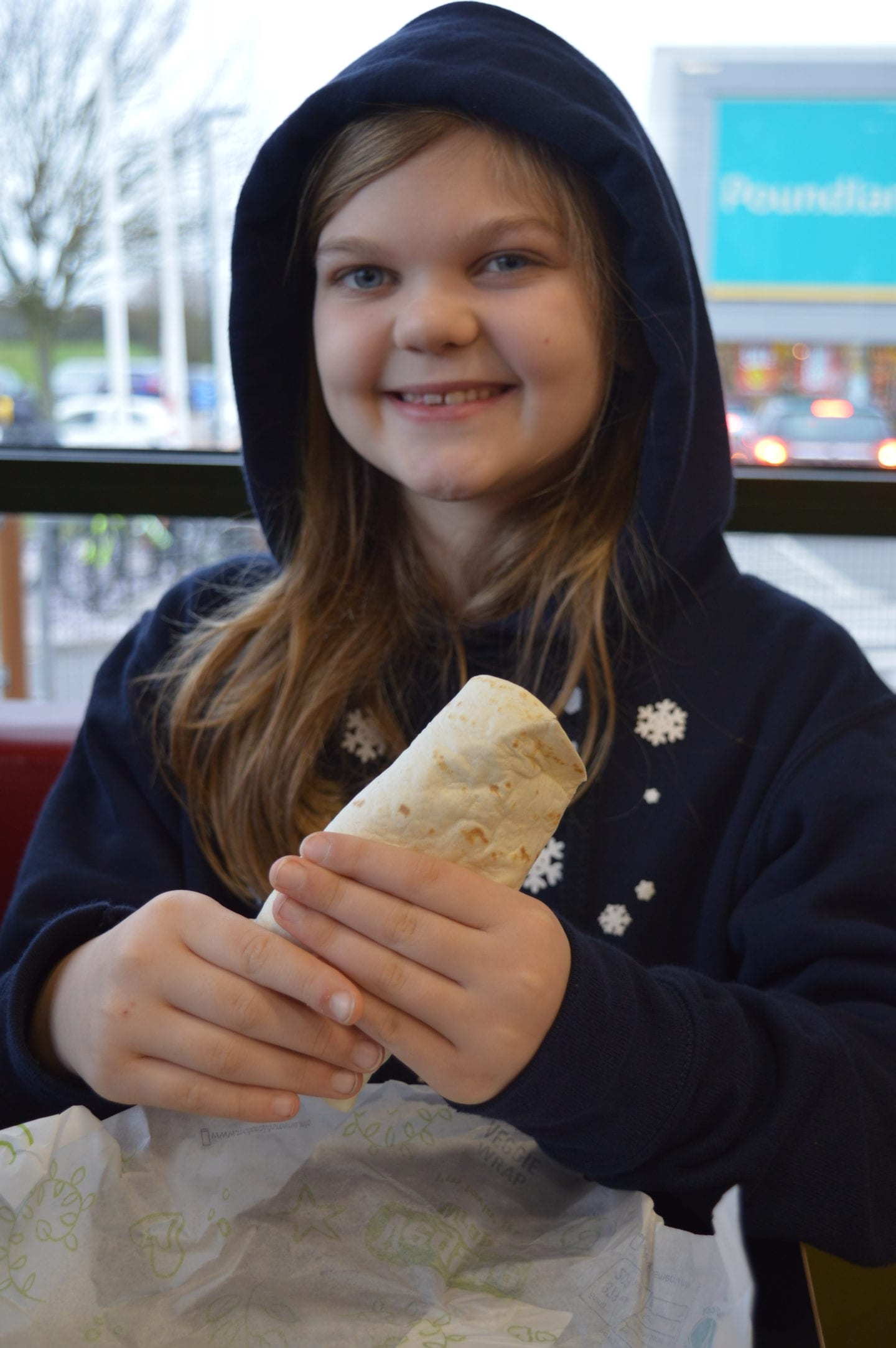 ‘Confession, I am a meat-lover,’ admits The Tiger Tales, but she was ‘ready for a change’. Her son, who is a fussy eater, frequently opts for a non-meat option, making the Happy Meal veggie wrap a perfect choice for him, and he liked the wrap. (The Happy Meal box also sparked some family conversation, with Tiger Tales’ son asking deep questions, which she discovered were part of a quiz on the back!)

What do you think?