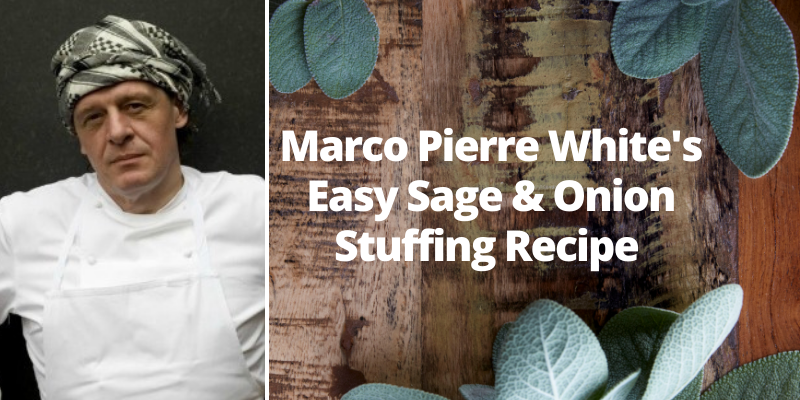 Marco Pierre White hung out with BritMums bloggers talking about all things turkey-related. Naturally that includes how to make stuffing! This sage and onion stuffing recipe is delicious and easy, using Paxo stuffing mix and Marco’s own touches.

(If you’re want to know how to cook turkey dinners from a professional chef, watch the full hangout for tips on turkey preparation, stuffing, sprouts and more.)

How to use this sage & onion stuffing

Marco suggests stuffing the neck of the bird and using the rest to cook separately in the oven. You can roll it into balls or spread into a loaf tin. Top with sage leaves and pop in the oven. We like to keep some cooked stuffing balls in an airtight container in the refrigerator to have with leftover turkey…or whatever else strikes our fancy! You can also use this recipe to cook stuffed acorn squash, make bacon-wrapped stuffing bites, create a leftover casserole with vegetables or meat, even with broth in a soup.

Best of all, you don’t need to wait for special holidays — stuffing is great for Sunday lunch, family meals, even casual suppers!

How to make Marco Pierre White’s sage and onion stuffing

Make Marco’s recipe for a simple sage and onion stuffing, which uses Paxo or other boxed stuffing mix, for a delicious addition to your plate!

The best chestnut and bacon stuffing ever

Pin it for later: Marco Pierre White’s recipe for a simple sage and onion stuffing, which uses Paxo or other boxed stuffing mix. Good for Christmas, Sunday Roasts and more!