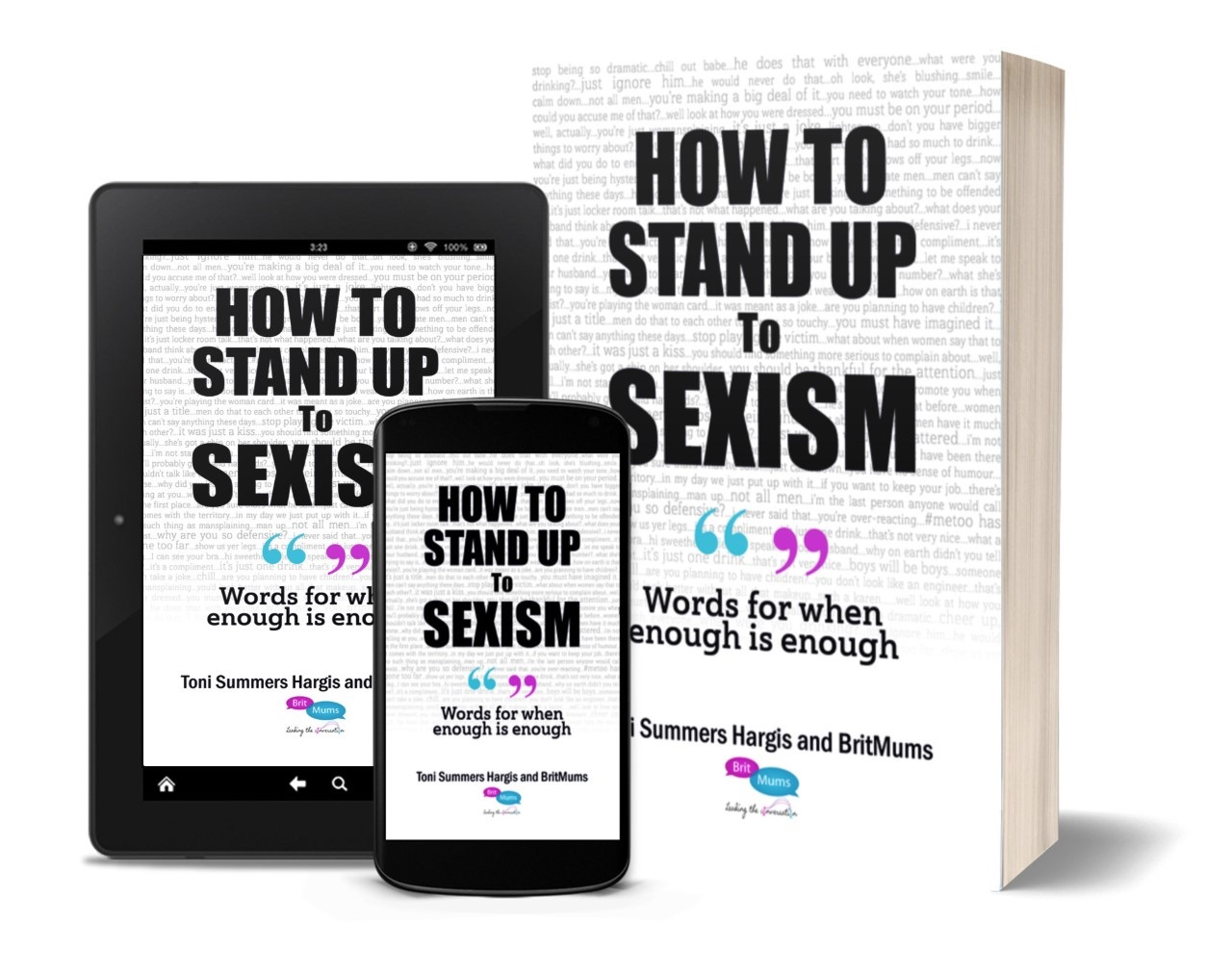 One of the signs that our new book How to Stand Up to Sexism is striking chords with women and families is the response it’s getting. We were delighted that Ribble FM featured an interview with our collaborator Toni Hargis to talk about the book and the issues it addresses. It also was a reunion of sorts for Toni and the show’s host, Nickie O’Hara.

Toni and Nickie, both among the first BritMums members, first met 10 years ago. Blogging as Expat Mum and I Am Typecast, they both attended the UK’s first mum blogging conference, which BritMums founders Susanna Scott and Jennifer Howze were instrumental in organising.

Although Toni lived in the USA till 2017, like many of the old school bloggers, she and Nickie have stayed in touch on social media. Since 2011 Toni has published a few books and written extensively on UK-US topics, and in more recent years writes about women’s rights issues. Meanwhile Nickie has worked full-time as a project manager for an educational charity and then as an advertising sales manager for trade publications, whilst continuing to blog regularly and write for various media outlets.

Ten years and a day after they first met at the conference, Toni and Nickie were back together on the airwaves as Nickie hosted Toni on her RibbleFM radio show, Something For The Weekend.

During a 15- minute segment on the show, Toni, Nickie and her co-host Rowena discussed the need to allow girls and young women to stand up for themselves without worrying about appearing ‘rude’, about why we need men on side and why it’s not the responsibility of women to prevent a problem that’s caused by other people.

Our thanks to Nickie for her enthusiastic support of the book. Have a listen to the segment here and catch her every Saturday morning at Ribble FM, for good craic and some banging tunes.

Don’t forget to get your copy of How To Stand Up To Sexism here. It’s the perfect resource to keep to hand and refer back to as well as to educate your children in how to be assertive and how to be allies against sexism.

Finally: The ideal guide for talking back to sexism
Next Post: 10 funny summer pranks to do with kids #MAOAMmischief #ad