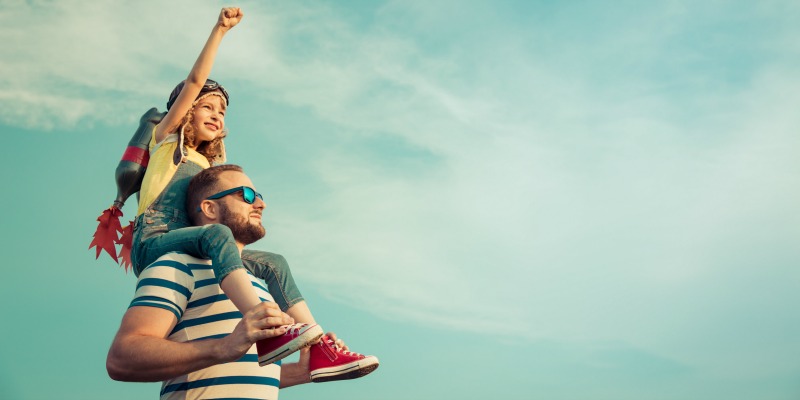 It’s been a hectic few weeks so I’m a little late with my look back at the school holidays. So late, in fact, that as I write this the long, hot days seem like a distant memory. It’s been chucking it down with rain for what feels like 95 consecutive hours.

Anyhow, let’s reminisce about those 30-degree days along with the boys of summer.

James from A Life More Ordinary writes about Happy days and head injuries. This included trips to Blenheim Palace, local country and farm parks, and the minor injuries unit at my local community hospital. And he didn’t even pop in for a cup of tea! Thanks, mate.

Jamie (Daddy and Dad) headed up to Scotland on his first caravan holiday, courtesy of Haven. What he found – in terms of both the caravans and the range of facilities and activities on offer – far exceeded his expectations. Like me, he had memories of slightly run-down caravan parks from his childhood. However, they’re greatly improved in terms of mod-cons these days. They’re a great place for kids to enjoy and there are some real bargains available. We often stay in caravan parks both in the UK and abroad. They’re so much cheaper than hotels, especially when there are five of you. Plus our kids are old enough now that you can let them have the freedom to enjoy the facilities themselves without us having to watch over their every move. Bliss.

Meanwhile Yorkshireman Jim (Bewildered Dad) crossed the Pennines for a city break in family-friendly Manchester. There he sampled the delights of soft-play and adventure golf, and seized the opportunity to recreate an iconic photo featuring The Smiths at Salford Lads’ Club. His kids were nonplussed by this last stop, but you have to make time for yourself too on a family trip, right? We find that city breaks offer an attractive mix of things to do for both children and grown-ups, all within walking distance or a short bus or train ride. This means you can easily fit in several different things into a single day.

We’re not all named James, you know

To redress the balance somewhat, here are a few holiday posts from dads not named some variant of James.

Stuart from Father Hood starts off his post comparing the relative merits of a hotel versus a villa by riffing on Eminem’s Without Me. (See, I got that pop culture reference! I’m so down with the kids.) Which is better? Well, it depends. But as Stu outlines, ask yourself some key questions before you decide one way or the other. Personally, I prefer the privacy and extra space afforded by a villa. But then we have three kids, I actively like to cook when we’re away and we often go with friends, which makes the cost of a large villa much more affordable.

Of course, you don’t have to go abroad to have fun during the summer. Darren (Fitness and Life) extols the virtues of fruit picking. It’s cheap, you don’t have to travel for hours and you get to eat what you pick too. Our kids love fruit-picking. We try to do it at least once every summer and always come home with more than we could possibly ever eat.

Like Jamie, Tom from Diary of the Dad also took his children caravanning for the first time this summer, a weekend at Camber Sands. He lists the five things he learned, including the benefits of taking a social media break and how easily kids can be pleased by even the simplest of beach activities.

Meanwhile John (Dad Blog UK) looks at the holiday season from a different angle. He ponders ways to sensibly manage a family’s nutrition and food intake while away on holiday. It’s all too easy to over-indulge while away and then regret it when you come back. I know what John means. We were away for two weeks this summer, much of it in Belgium, home of chocolate, frites and delicious patisserie. And while I wasn’t backwards in enjoying my food, I was conscious not to go too much off the rails. Combined with an average of 20,000 steps a day – I didn’t feel so guilty about my breakfast pastries when I’d walked a mile or more each way to buy them from a local bakery every day – I even came back from the holiday exactly the same weight as when I left. Result.

Speaking of which, our summer holidays are all about having as many different experiences as possible in the time available. For the past few years, we have bundled the kids in the car and done a European road trip. This year was actually a relatively short one by our standards, but we still took in Dunkirk, Bruges, Cologne, Luxembourg, Trier (just across the German border), Brussels and the WWI memorials around Ypres. In among all the sightseeing, we enjoyed simple pleasures such as long card game sessions. And perhaps my favourite of the 12 favourite things I listed from our trip was watching our brave seven-year-old Kara step undaunted on to a stage to perform a solo rendition of YMCA. Not so much karaoke as Kara-oke!

To finish with, let’s come full circle and return to James for the final word on the summer holidays. I wish I’d seen this before they started but it’s well worth saving his school holiday survival guide for parents for next year. Set low expectations. Be more relaxed about screen time limits. And, most importantly, build in some ‘me time’ so you can have just a few minutes’ peace and quiet away from the bickering kids. Or even a few hours. However long you can get away with, really.

And on that note, I’m off to put the central heating on. Brrr.