Norfolk reminds me of California’s northern counties. There are wide sandy beaches that go on for miles, spectacular coastline, abundant wildlife and seaside communities. Norfolk even has surfers!

Like the Northern California coast, there’s an untouched ruggedness and tranquility that eventually gets found out by the masses. Dubbed Cotswolds-by-the-Coast because of the amount of Farrow & Ball that has been used in the gentrification of the area, Norfolk makes a lovely family beach getaway for those of us not lucky enough to live near the water.

There’s so much for families to do on the north Norfolk coast. Below is a list of our favourites.

1. Have a picnic at Holkham Beach

Holkham is part of a 25,000 acre estate on the north Norfolk coast, which includes Holkham Hall, an 18th century house, home to the Earl of Leicester. You get to the beach by walking through pine woods – and are rewarded with an expanse of white sand with sand dunes, perfect for pitching down a blanket and having a picnic or flying a kite. Access to the beach is via Lady Anne’s Drive at Holkham village, or along the coast road west at Wells-next-the-Sea. There is ample paid-for parking at both. Holkham also has a naturist beach, so make sure you’re on the right one!

2. Discover the seals at Blakeney Point

Blakeney Point, where you can take Bean’s Boat Trips for the 1-hour journey to see Common and Grey seals and birds in their natural habitat on Blakeney Point. They go by the tides, so make sure to check the timetable.

3. Field to Fork at Holkham Estate

Ever wonder how sugar gets on the supermarket shelves? Learn about food and farming at Holkham’s new Field to Fork exhibition. The interactive experience is great for kids, with lots of games, quizzes and things to smell and taste. Then head out to the 6-acre Walled Garden to see it in action.

4. See the beach huts at Wells-on-Sea

Park at the car park at the far end of Wells Harbour, and walk up the steps by the funky beach café, go over the bridge and then admire the 100 candy-coloured beach huts and walk the mile or so until you reach the sea! it’s a great place to fly a kite.

5. Walk out to the ship wreck at Brancaster at low tide (or just admire it from afar)

Brancaster Beach is a gorgeous sandy beach that goes on for miles and miles when the tide is out, which is also when you can see the remains of an old shipwreck! This part of Norfolk is famous for people getting caught in the tides when they come in very quickly, so if you walk out (it can take an hour) only go at low tide. I was warned not to cross the lagoon as it has strong currents!

6. Walk to Scolt Head Island from Burnham Overy Staithe (or take the ferry!)

Scott Head Island Nature Reserve is an offshore barrier island with very limited access – you can walk at low tide or take a seasonal ferry. Once there enjoy the long sandy and often deserted beaches, sand dunes and wildlife. We didn’t get to do this, but it sounded very cool. Ask the locals about walking there and they freak out. Your best bet might be to catch a ferry at high tide. Also try brantacruises.co.uk from Brancaster Staithe Harbour.

This was right out of the Famous Five. Park at Burnham Overy Harbour (at Hero Pub in Burnham Overy Staithe go down East Harbour Way) and look for people carrying towels. Walk through sand/mud/ to this local’s secret. Be careful not to step on the teeny-weeny crabs and heed the sign and take note of warnings!

Nature lovers in the family will love Hunstanton SEA LIFE Sanctuary, Norfolk’s leading seal rescue centre. The centre travels great distances to rescue seals in distress. In addition to the seal hospital, there are 35 permanent sea life displays – from Rays to Seahores to Penguins and Otters. You’ll even find Nemo and Dory (IRL) in the Coral Reef and Clownfish exhibit!

If you tire of sandy beaches, try the pebble dunes that go on for miles and miles in every direction at Cley-next-the-Sea. Pick up some bread, cheese and wine at the Picnic Fayre Deli and make a meal of it.

10. Shops in Burnham Market and Holt

Burnham Market, aka Chelsea-on-Sea, has lots of cute shops, cafes and delis. It could be called Cotswolds-by-the-Coast, evidenced by the amount of Farrow & Ball paint used on this gentrified stretch of coast.

Surprisingly, though crabbing gear is available everywhere, many locals gave me a blank stare when I asked the best place for crabbing. Wells Harbour is definitely the place to go (if you time it right you can try the tidal creeks at Brancaster Staithe or Burnham Overy Staithe). Find a place on the Harbour wall and throw in your line (the shops up and down the main street all carry the gear). Then walk over to French’s and have traditional fish and chips.

Visit National Trust’s Sheringham Park, an estate on 20 hectares of parkland with specimen trees and rhododendrons. Cycle the paths, fly a kite and walk the 100+ steep steps up the Gazebo – every one is worth it for the staggering view at the top of the north coast. 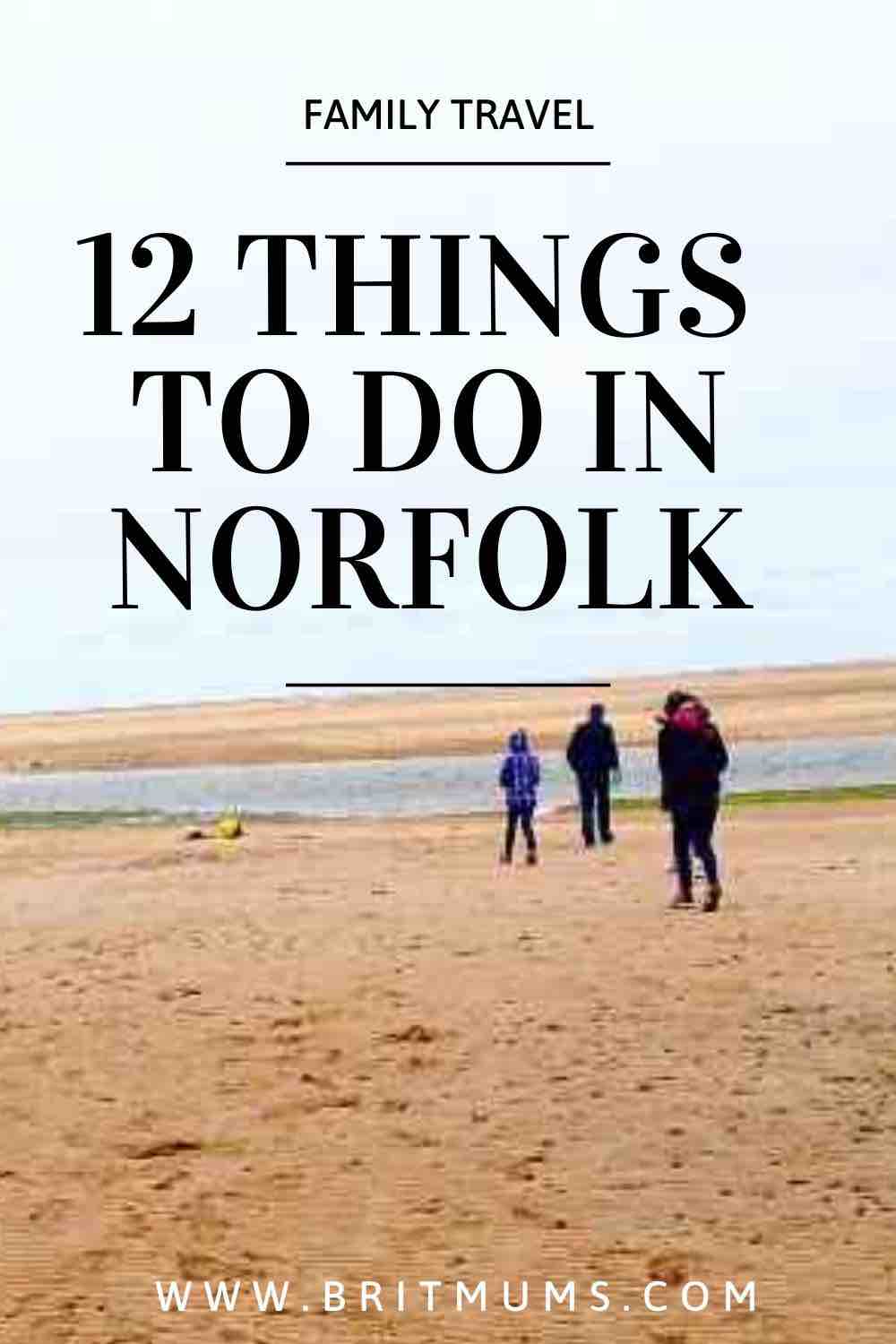